Bonnie Raitt will return to the live stage with Just Like That… a national tour in 2022 launching in April and running through November which includes music from her brand new studio album, ‘Just Like That...’ (released April 22nd on Redwing Records, https://lnk.to/justlikethat_br) and has captured the attention of fans and critics alike while it scores on sales charts, radio airplay and DSP playlists nationwide. First-week Billboard chart positions include #1 Current Album, #1 Current Rock Album, #1 Americana / Folk Album, #1 Blues Album, #1 Internet Album and #1 Independent Record Label Current Albums. Raitt will perform on the final season of The Ellen Show on May 11th on NBC.

“I’m so excited to reunite with one of my favorite, soulful artists and dear friends, Marc Cohn for our fall tour of the Southwest and Southern states,” says Raitt. The feeling is mutual as Cohn shares, “I’m thrilled and honored to be Bonnie's special guest for a slew of shows this Fall. I’ve been fortunate to have toured with Bonnie in the past. From Australia and New Zealand to dozens of shows in the States, I’ve marveled night after night at the master class that is a Bonnie Raitt performance. I can’t wait to get back out there once again with my soulful, brilliant, beautiful friend – who just happens to be my favorite singer in the world."

Tickets available at the box office or Ticketmaster.com 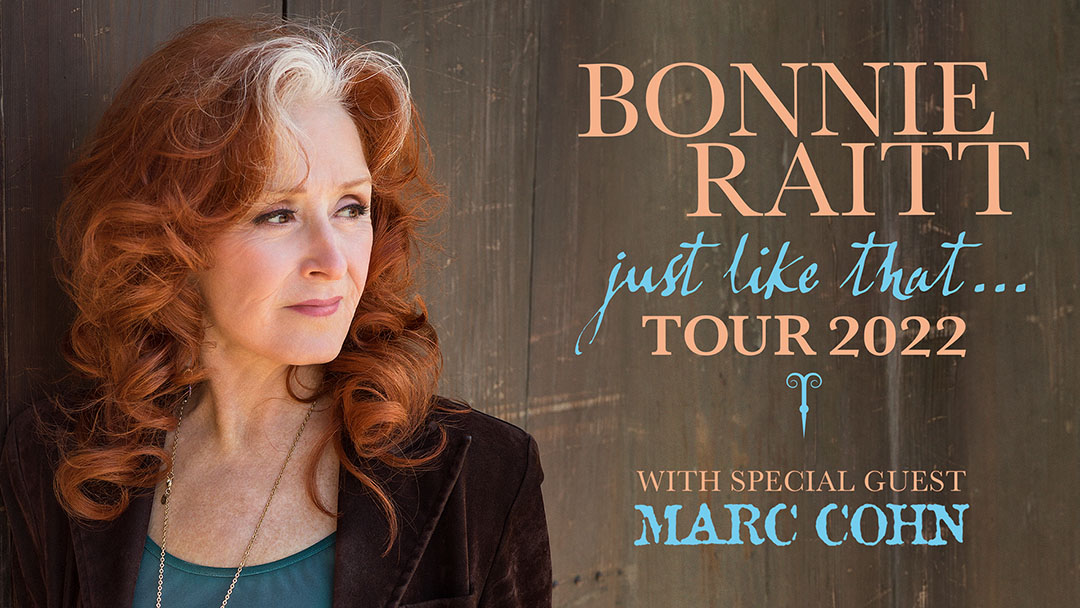