This is an exciting and fun filled event with a cause: the Crescent City Comedy Festival will be "killing crime with comedy!" This high-energy, entertaining comedy show will be held at the historical Mahalia Jackson Theater in New Orleans on August 20 with a comedic line up that is sure to leave you in hysterical laughter. The Crescent City Comedy Festival will provide a festive-like atmosphere with diverse entertainment celebrating New Orleans culture with Kermit Ruffins & The BBQ Swingers, New Orleans Mardi Gras Indians, Secondline Dancers, and Zulu Tramps.

Proceeds from the show will benefit the mission for The Loft, a 501c3 Louisiana not-for-profit organization. 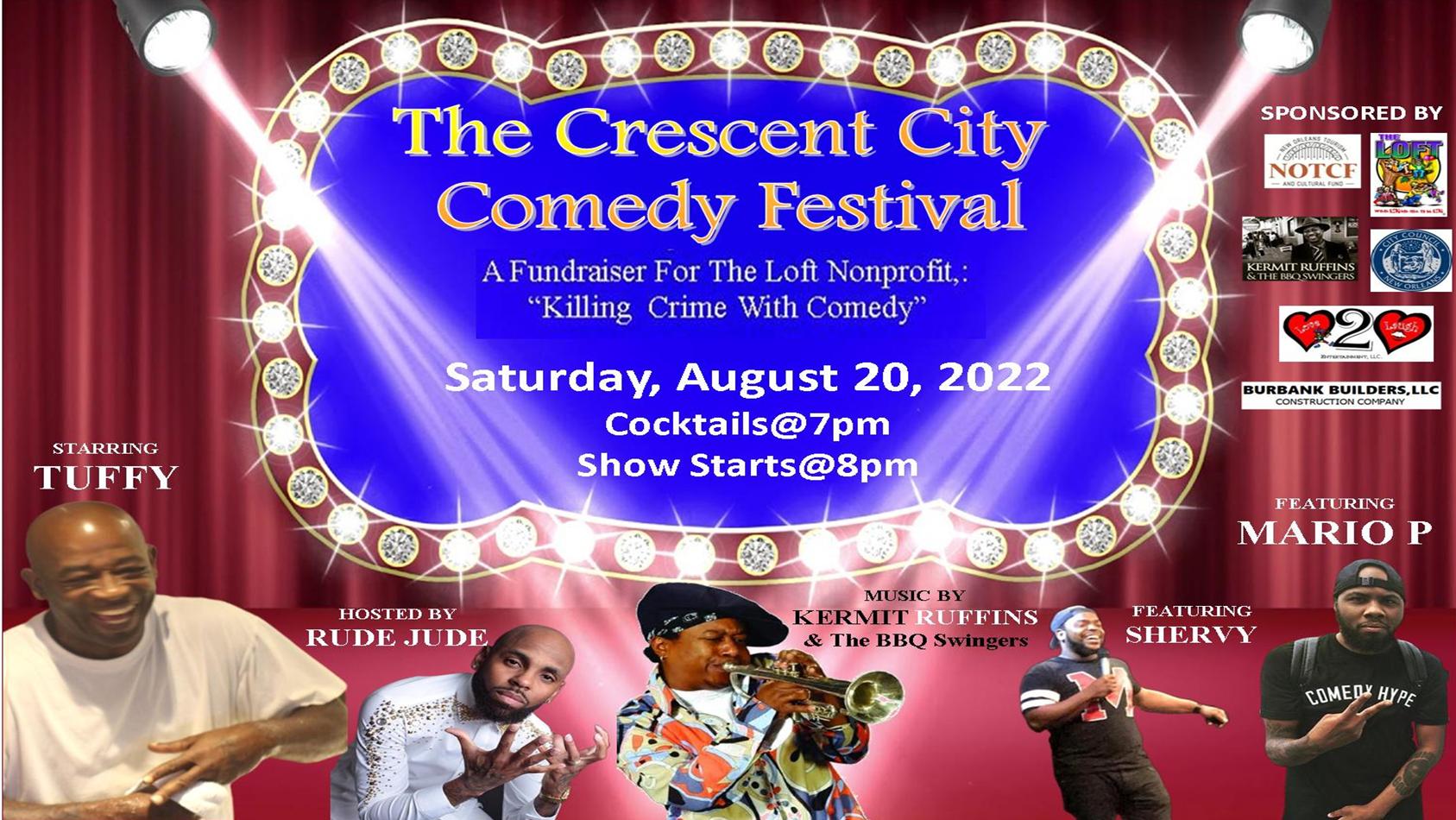